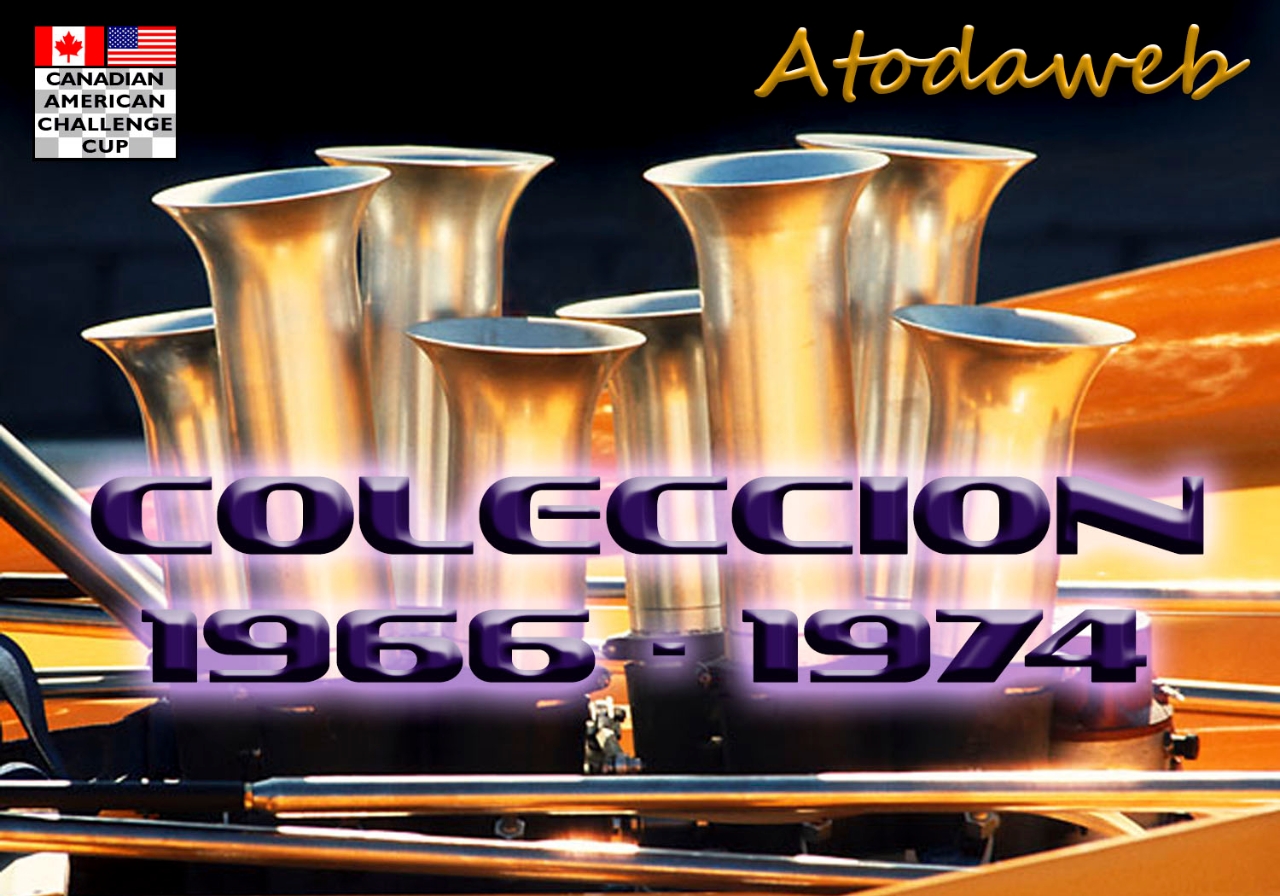 The Canadian American Challenge Cup (Can-Am) is a category of speed racing round in Canada and the United States between 1966 and 1974 and then from 1977-1986. The competition was overseen by Canadian Automobile Sport Clubs and the Sports Car Club of America.

In the first era of the Can-Am Sport Prototypes were used that met the approval Group 7 of the International Automobile Federation. These regulations allow any displacement engines and supercharged, spoilers, ground effects and exotic materials such as fiberglass or titanium. After the energy crisis of the early 1970s, car maintenance was expensive, which led to the Can-Am to its demise after the 1974 season.

Lola Racing Cars, McLaren, Porsche and Shadow dominated the category in their various years. BRM, Ferrari, Ford, March and others also participated in the Can-Am.

In 1977, the Can-Am revived as a continuation of the 5000 Formula a single-seater championship in 1976 had disappeared. In this second era, the cars were based on the Formula 5000, but had bodies Sports Prototype. The Can-Am finally disappeared after the 1986 season, when the teams and drivers spent the IMSA GT Championship.

This collection focuses on the period in which further development occurred with the emergence of private manufacturers and application of technical solutions, mechanical and aerodynamic until then unimagined.