During the decade of the 60s, the American builder Chaparral became one of the most innovative and technically advanced of all the world at the prototype category. Its creator, engineer, pilot and builder Texan Jim Hall, became one of the key figures in motorsport and not only their time, but their influence on the development of racing cars, especially in the field of aerodynamics, was enormous over the following decades.

His creations, sophisticated sports prototypes and original, did not accumulate the record that deserved its high potential because of numerous problems of development and reliability. This is logical if we consider that Chaparral was an almost artisan builder, despite receiving covert support of the Chevrolet brand in any way he could compete in technical, human and especially economic, with big brands involved in the world of competition in those years, as Ford, Porsche or Ferrari. His fame has always been higher in the U.S., as well as being the country of origin, where Chaparral was almost exclusively focused their sporting activity, first in the USRRC, after the legendary Can-Am series, and finally with cars for USAC Championship (Formula subsequent CART or Indy) and the Indianapolis 500.

However, it was his brief appearance in Europe, while attempting to assault the world championship sport-prototypes of the FIA ​​from 1966 to 1967, which made them truly legendary car. In this undoubtedly influenced his great power, advanced technical or spectacular beauty of their designs. But certainly another factor that has helped to fuel the myth of Chaparral was the aura of mystery that always surrounded them, for example, today there are still several aspects of these cars are still not known with certainty. Thus, the operation of its sophisticated automatic transmissions still unknown in detail, just how far arrived exactly the degree of collaboration between General Motors (owner of Chevrolet) and Chaparral. Similarly, at present very few specimens are preserved in his garage Chaparral Museum Midland (Texas), and they were also very few units built. The origin of some of its chassis remains unclear at present, since it is not preserved almost original detailed drawings or diagrams of the designs. 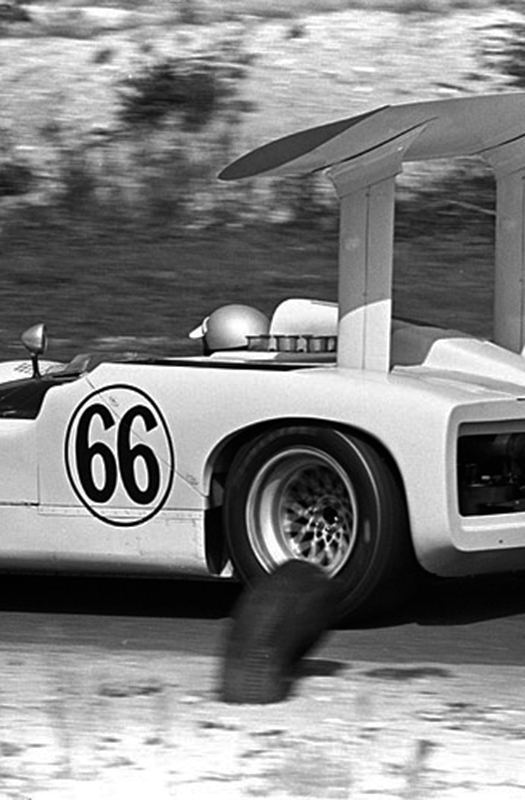